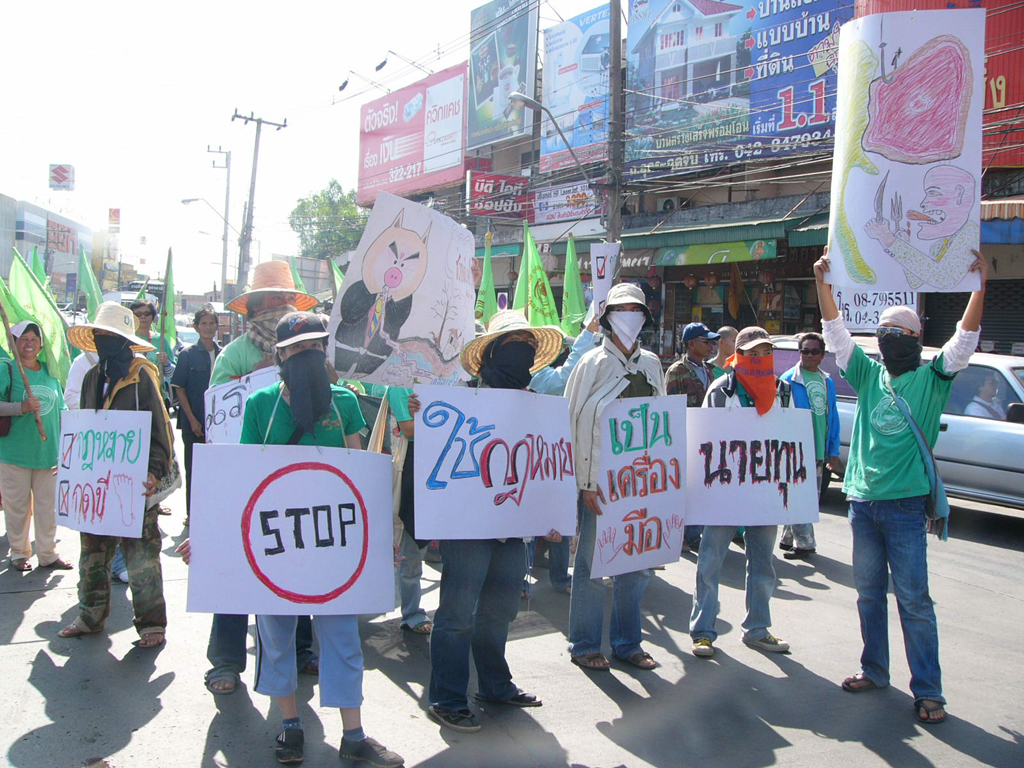 The Thai Volunteer Service Foundation (TVS)’s mission is “to create opportunities for the young to learn and gain experience by working in rural areas, and to support non-governmental organizations (NGOs) by providing human resources.”

In 2006, there was an increase in conflicts between local communities and the State, including the business sector. Consequently TVS implemented the Human Rights Lawyers Project; it recruited law graduates to solve these conflicts using law as a tool, while at the same time providing them with the opportunity to learn through work on the ground, and to support human rights efforts.

Montanaa Duangprapa, Human Rights Volunteer batch 2, works for Environmental Litigation and Advocacy for the Wants (ENLAW); she says that being a volunteer has allowed her to learn from real situations outside the classroom. 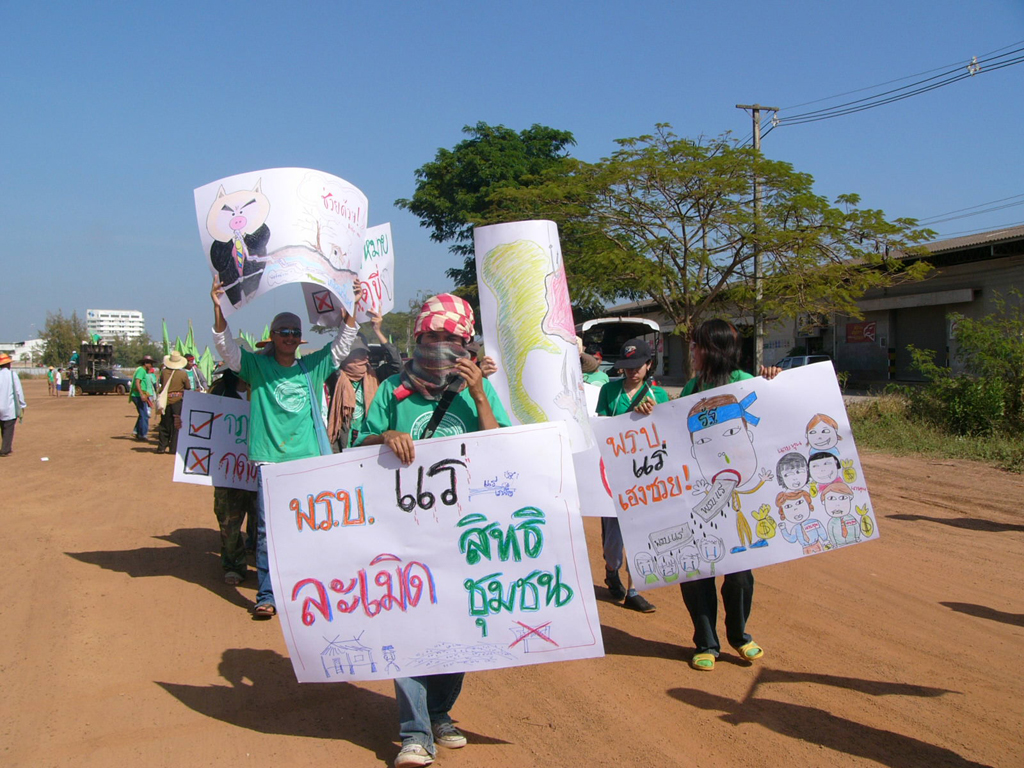 She found that limitations and obstacles sparked critical thinking and analysis, as well as the questioning of given situations. What is important is whether law means justice: “If a factory admitted to polluting the water, it had to pay appropriate fines according to the law. That was supposed to be the end of it but in reality, what about the polluted water? the water-users? water recovery? final responsibility? So I have questioned the existing law; it is not the end of it. Where is justice?”

Montanaa is also impressed by TVS’s opening a space for law graduates to learn about working on social issues. “This is not a high-paying job like working for a legal consulting company or being a judge, but we touch real people and this is a way to clean our hearts as well.” She says working like this satisfies our sense of morality more than working in other sectors. She also got to meet people like her. “I have made friends with people who have just graduated from law school like me. During the one year we worked and lived together, we found that although we went our own way at the end, we now have the same way of thinking in that we all want the best for our society.”

In the past, there were less than 10 human rights lawyers in Thailand. Then, the Human Rights Lawyers Project has built more human resources to double the amount of human rights lawyers. This project’s alumni also organize the “Human Rights Lawyer Volunteers Network” which plays a central role linking lawyers and legal experts on human rights to work on supporting and protecting the rights and freedoms of people under human rights principles for the respect of human dignity. TVS is proud of this project and its mission of encouraging young people to serve society, hence its motto: “Weaving faith to build society.”

Learn more about TVS at
www.thaivolunteer.org

YSEALI MONTANA WHAT LENS DO YOU USE?

My Trips in Laos

YSEALI MONTANA WHAT LENS DO YOU USE?